A quick view of the most influential metrics in Kingwood.

Kingwood is a 14,000 acre (57 km²) master-planned community located in northeast Houston, Texas, United States. The majority of the community is located in Harris County with a small portion in Montgomery County. Known as the “Livable Forest,” it is the largest master-planned community in Harris County and second-largest within the 10-county Houston-The Woodlands-Sugar Land metropolitan area. It was classified as a “census-designated place” during the 1990 census, when the population recorded was 37,397. It is on the east fork of the San Jacinto River.

Kingwood was created in 1971 as a joint venture between the Friendswood Development Company and King Ranch.[5] Its name was derived as part of that partnership.

View our selection of available properties in the Kingwood area.

Check out the latest demographic information available for Kingwood.

Get to know Kingwood better with our featured images and videos. 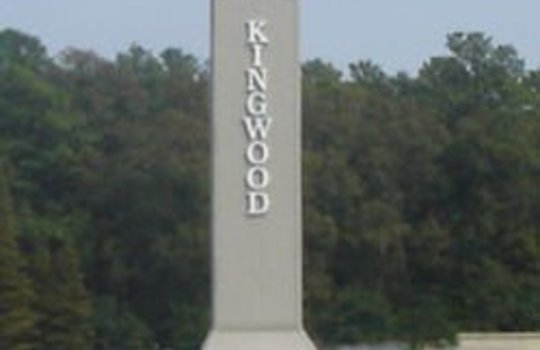 Learn more about schools near Kingwood complete with ratings and contact information.

The Best in Kingwood

Browse through the top rated businesses in the most popular categories Kingwood has to offer.