A quick view of the most influential metrics in Sheldon.

Sheldon is an unincorporated community and a census-designated place (CDP) in northeastern Harris County, Texas, United States located completely inside the extraterritorial jurisdiction of the City of Houston. The Sheldon area is located along Beltway 8 and US Highway 90 approximately twelve miles (20 km) northeast of Downtown Houston.

Since the 1950s, the population growth of Sheldon has grown to extend past the statistical census-designated place (CDP) boundary originally delineated by the United States Census Bureau. The local understanding of the area is that it corresponds to that of boundary of the Sheldon Independent School District.

Residential and commercial development in Sheldon has increased since the 2000s, gradually transforming the once rural area into one of the Houston area’s fast growing suburban communities by percentage.

Check out the latest demographic information available for Sheldon.

Get to know Sheldon better with our featured images and videos. 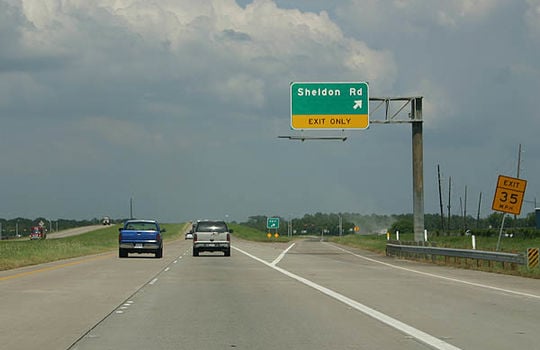 Learn more about schools near Sheldon complete with ratings and contact information.

The Best in Sheldon

Browse through the top rated businesses in the most popular categories Sheldon has to offer.